A drive through all 34 states, 20,000 km to raise awareness of the vital importance of Blood Donation

Blood Donation, alongside the Children's Homes, is a key component of Thirumaran's life and the work of TRUST (Thirumaran Rural Upliftment Stable Trust).

Here's the car, certificates and banner that were prepared for the journey:
Please click on an image to see larger versions

This first video shows the start of Thirumaran’s epic journey through 34 states to raise awareness of the importance of blood donation. Thirumaran, his son Aaekalaivan and four others set out on their journey on 1st March 2020 from Tirunelveli.

On 2nd March they visited Pondicherry and were greeted by the Chief Minister and ex-Chief Minister, passing on through Chennai to Hyderabad (Telagana state), where they were given an appointment by the Governor and appeared in the media.
The next day they appeared in the press in Chhattisgarh state.
As well as these, and many similar, meetings with politicians, senior police officers etc, an important part of the Awareness Drive has been in smaller communities, villages and by the roadside distributing leaflets printed in all the different languages of India. There is a gallery of images below.
By 11th March they had reached West Bengal. The following news report has Thirumaran explaining the aims (in English) starting about 50 seconds into the clip.

In this clip from, 16th March, Thirumaran speaks in English after about 30 seconds. He explains what they have been doing.

On 22nd March they had reached Assam state, having visited 18 of the 34 states creating Blood Donation Awareness and creating new Blood Donor Clubs.
The coronavirus pandemic had now caused the government to close the State borders...
They had to return to their home State of Tamil Nadu while it was still possible to do so.

Here's a video in the name of the Tamil film star Rajinikanth [[from✨SUPER STAR to SUPER LEADER✨]] with clips from previous press reports and with still photos illustrating the Awareness Drive.
Thirumaran speaks in English about 2 min from the start and then there are stills to give a taste of the journey.

Finally, a selection of images from the month's drive.
Please click on an image to see larger versions

"Wisdom is knowing what to do next and Virtue is doing it!" 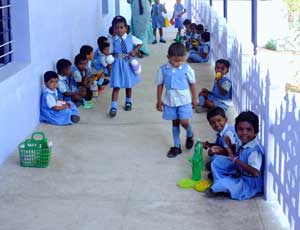